“Lido Shuffle“ is a song written by Boz Scaggs and David Paich and introduced on the 1976 Boz Scaggs album, Silk Degrees.

Scaggs recalled: “‘Lido [Shuffle]’ was a song that I’d been banging around. I…took the idea of the shuffle [from] a song that Fats Domino did called ‘The Fat Man’ that had a kind of driving shuffle beat that I used to play on the piano, and I just started kind of singing along with it. Then I showed it to Paich and he helped me fill it out. It ended up being ‘Lido Shuffle’.”

Released as the album’s fourth single, “Lido Shuffle” reached #11 US and #13 in the UK Singles Chart. In Australia the track spent three weeks at #2 as a double A-side hit with “What Can I Say”. 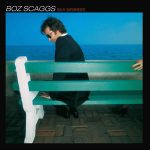