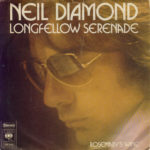 “Longfellow Serenade“ is the title of a 1974 song by the American singer-songwriter Neil Diamond. It was written by Diamond, produced by Tom Catalano, and included on Diamond’s album Serenade.

Diamond described “Longfellow Serenade” in the liner notes to his 1996 compilation album, In My Lifetime: “Occasionally I like using a particular lyrical style which, in this case, lent itself naturally to telling the story of a guy who woos his woman with poetry.” The title of the song is a reference to the 19th-century American poet Henry Wadsworth Longfellow.Diamond chose to reference Longfellow specifically after recalling an instance in which, while in his teens, Diamond had used one of the poet’s works to successfully seduce a significantly older woman 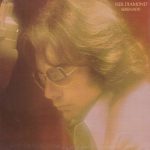