“(We Want) The Same Thing“ is a song by the American singer Belinda Carlisle. Written by Rick Nowels and Ellen Shipley, it was produced by Nowels for Carlisle’s third album Runaway Horses (1989). It was released as the album’s sixth and final single in the UK on October 2, 1990. To help promote the single in the UK, Virgin Records released a deluxe 12″ vinyl boxed set with free stickers, and a picture disc CD-single, in addition to standard formats. The single peaked at number six on the UK singles chart and spent ten weeks in the top 75 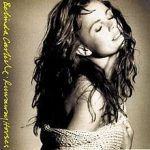