I’m Free (Heaven Helps the Man) is a song recorded by American recording artist Kenny Loggins, composed by Loggins, Dean Pitchford, and produced by Becky Shargo, and Pitchford. It was released in February 1984 as the second of two singles by Loggins from the film, Footloose. It charted at #22 on the Billboard Hot 100 and #31 on the Canadian Hot 100.

The song was very well received, and is one of the most recognizable songs recorded by Loggins. 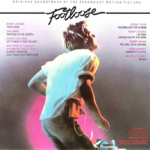