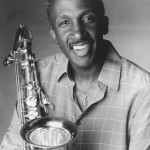 1970 The Jazz Crusaders – Give Peace a Chance

1973 Chuck Jackson – Through All Times

1973 The Hues Corporation – Freedom For The Stallion

1980 The Crusaders ‎– Rhapsody And Blues

1986 The Crusaders – The Good Times And Bad Times