Joseph Williams was lead vocalist with Toto during the mid-to-late 1980s and was featured on the albums Fahrenheit (1986) and The Seventh One (1988) before leaving due to personal problems. He can also be heard on the album Toto XX (1998), a compilation of rare and unreleased tracks. He is featured on Toto’s 2006 album, Falling in Between, sharing lead vocals with Steve Lukather on “Bottom of Your Soul”. In addition to his guest spot on Falling In Between, Williams was a guest singer at several Toto concerts.

Since 2010, Joseph is once again Toto’s lead singer. He re-joined the band during their reformation tour and has toured with them since then. He performed lead vocals on their “35th Anniversary: Live In Poland” concert album and DVD, as well as on Toto’s 2015 studio album, Toto XIV.

Williams released his first, self-titled solo album in 1982. After his tenure with Toto he has released several more. Many of Toto’s members have contributed to his solo work over the years. In 2003 he released an album called Vertigo, a project he initiated, but where he was not in full charge of the production, only recording and supplying the vocals. The second Vertigo album, “Vertigo 2”, was released in 2006. Williams released an album of cover songs from renowned artists such as Elton John, Bryan Adams, Diane Warren, and Kevin Cronin in 2006, called Two of Us, featuring piano and voice only. He returned with two more voice & piano albums in 2007, Smiles and Tears, also consisting of classic hits by popular artists. His latest solo album containing original songs, This Fall, was released in November 2008.

Joseph Williams has also been busy as a composer of film and drama scores, most notably for episodes of the science fiction series “Roswell”, and “The Lyon’s Den” starring Rob Lowe. In 2003 he was nominated for an Emmy Award for “Outstanding Main Title Theme Music” for the TV series Miracles. The music to the CBS miniseries Category 7: The End of the World and the TV film Momentum were composed by him. He was the writer of the original English lyrics for the song “Lapti Nek” from the original 1983 release of Star Wars Episode VI: Return of the Jedi, which was scored and conducted by his father John Williams. He also composed the Max Rebo Band source cues and an unknown source cue for the same film.

Williams has been in demand as a session vocalist and can be heard on numerous projects by other artists, as well as on movie soundtracks. He provided backing vocals on Peter Cetera’s album World Falling Down and co-wrote the song “Man In Me”, lead vocals for three tracks – “Walk The Wire”, “History” and “When You Look In My Eyes” – to Jay Graydon’s Airplay for the Planet album, subsequently touring with the band and backing vocals on Jon Anderson’s In the City of Angels in 1988, most prominently on the song “Top of the World (The Glass Bead Game)”. In Disney’s animated feature film The Lion King he can be heard as the singing voice of the Adult Simba, singing on the songs “Hakuna Matata” and “Can You Feel the Love Tonight”. He reprised this singing role in the direct-to-video animated film Mickey’s Magical Christmas: Snowed in at the House of Mouse. In 1997 and 1998 respectively, he shared vocal duties on two albums by the a cappella covers group The West Coast All Stars, the other vocalists being Bobby Kimball, Bill Champlin and Jason Scheff, whereas Tommy Funderburk replaced Champlin on the Naturally album. He sings background vocals on Chicago’s “King of Might Have Been” on the 2006 album XXX as well as on “Let’s Take a Lifetime” on the 1993-recorded/2008-released album Chicago XXXII: Stone of Sisyphus. The song “What You’re Missing” from the Chicago album Chicago 16 was co-written by him. He also sings backing vocals on five tracks of Steve Lukather’s solo album Ever Changing Times as well as on Lukather’s solo album All’s Well That Ends Well. 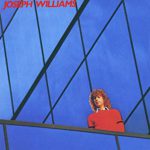 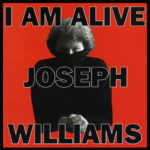 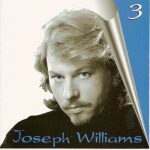 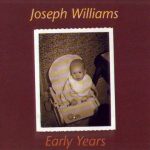 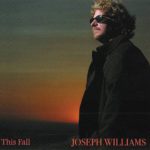