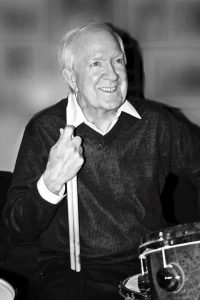 His three sons were in the rock band Toto: drummer Jeff Porcaro (1954–1992), bassist Mike Porcaro (1955–2015), and keyboardist Steve Porcaro (b. 1957), who still is a session musician and programmer. Joe contributied additional percussion to every Toto album from Turn Back through Kingdom of Desire. He has a daughter, Joleen Porcaro Duddy, (actress and designer), whose children, Chase and Paige Duddy, formed the electronic duo XYLO.

Porcaro has led a group with Emil Richards, a native of Hartford who plays vibraphone and collects percussion instruments from around the world.