Steven Maxwell “Steve” Porcaro (born September 2, 1957, Hartford, Connecticut) is an American keyboardist and composer, who was an original member of the rock band Toto.

Porcaro wrote or co-wrote at least one song on each of Toto’s first six albums, with the exception of Isolation.  He left Toto in 1986 after the Fahrenheit album in order to pursue a more full-time songwriting and composing career. Porcaro composed the music for the song “Human Nature” and produced the synthesizer for “The Girl Is Mine” from Michael Jackson’s album Thriller, and also played with Gary Wright during his tour in 1977, supporting the latter’s The Dream Weaver album.

However, Porcaro has continued working with Toto in various supporting capacities, assisting with keyboards, drum looping, synthesizers and arranging/composing. He has also done session musician work for many other acts, including Yes (on Union) and Jefferson Airplane (on their self-titled 1989 reunion album). He was also a member of Chris Squire’s short lived band, The Chris Squire Experiment, in 1992.

His two older brothers Mike and Jeff were Toto’s bass player and drummer, while his father Joe is a prolific session percussionist.

Steve Porcaro is currently working on film scores. He collaborated with his daughter Heather Porcaro on her debut album, The Heartstring Symphony, released in 2009. He composes the music for the FX television show Justified.

He also returned to play with Toto at live performances since 2010, when they decided to reform the band and tour in Europe to support Mike Porcaro. They have scheduled some more concerts in Europe. Porcaro performed on the band’s 2015 studio album Toto XIV, co-writing and singing lead on ‘The Little Things’. This was only the third lead vocal performance from him on a Toto album. 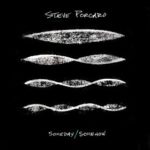