David Hungate (born August 5, 1948) is a bass guitarist, producer, and arranger noted as a member of Los Angeles pop-rock band Toto from 1977 to 1982 and rejoining in 2014. Along with most of his Toto bandmates, Hungate did sessions on a number of hit albums of the 1970s, including Boz Scaggs’s Silk Degrees and Alice Cooper’s From the Inside.

Hungate played on Toto’s first four records, including multiple Grammy award-winning album, Toto IV. He left the band shortly after its release for a career as a session musician in Nashville. Hungate, who plays many instruments including guitar, trumpet, drums, and piano, has arranged, produced and recorded with several country artists such as Chet Atkins. He was also a primary member of AOR supergroup Mecca fronted by Joe Vana and Fergie Frederiksen, the latter also of Toto fame. In 1990 he released a solo album entitled “Souvenir”. Jeff Porcaro played drums on some of the tracks on the album. In 1995, Hungate also played bass on all the songs on Shania Twain’s second album The Woman in Me.

Hungate attended the College of Music at North Texas State University. He played bass in their jazz ensemble, the One O’Clock Lab Band, including a performance at the 1970 Montreux Jazz Festival. He is the son of the late US Congressman (and later Federal District Judge) William L Hungate.

As of 2012, Hungate still resides in Nashville and is still an active and highly sought-after studio musician and on occasion tours with top acts such as Vince Gill.

As of 2014, he has rejoined Toto in a touring capacity due to the departure of the touring bass player, Nathan East (who was, like Leland Sklar during the band’s previous tour in 2006/2007, filling in for regular bassist Mike Porcaro who was forced to retire due to illness). At first, it was announced that he would retire after the 2014 tour, but he kept touring with Toto until 2015, when it was announced that he would finally retire from extensive tours.He also played four tracks in the band’s album Toto XIV. 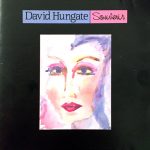 Made by Jimmy Keys