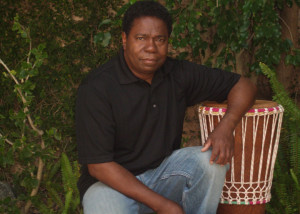 Paulinho da Costa, born Paulo Roberto da Costa on May 31, 1948) is a Brazilian percussionist born in Rio de Janeiro, considered one of the most recorded musicians of modern times. He has participated in thousands of albums, with Down Beat magazine naming him “one of the most talented percussionists of our time.” He was an artist on Michael Jackson’s Grammy Award-winning Thriller, Madonna’s True Blue, Celine Dion’s Let’s Talk About Love, hit singles and movie soundtracks, including Saturday Night Fever, Dirty Dancing and Purple Rain and others. He plays over 200 instruments professionally, and has worked in a variety of music genres including Brazilian, blues, Christian, country, disco, gospel, hip hop, jazz, Latin, pop, rhythm and blues, rock, soul, and world music. He was signed to Norman Granz’s Pablo Records for three of his solo albums, Agora, Happy People and Sunrise, as well as Breakdown on A&M Records. Da Costa is the recipient of the National Academy of Recording Arts and Sciences’ “Most Valuable Player Award” for three consecutive years. He is also the recipient of the honorary “Musicians Emeritus Award.

Da Costa was born in Irajá, Brazil, and as a child began learning the pandeiro. He began performing in the samba parades in Rio de Janeiro and later joined the youth wing of Portela’s Bateria, the rhythm section of a samba school. He became one of the most internationally-known percussionist to emerge from the Samba Schools of Brazil (Escola de Samba).

As a teen, da Costa traveled extensively with samba trios and quartets, Brazilian ensembles and Carnaval orchestras. His association with these groups offered him the opportunity to participate in music festivals around the world, in a troupe led by Jorge Goulart and Nora Ney.

Da Costa further developed his musical ability after being exposed to jazz and Cuban music and expanded the range percussion instruments he could play. He later toured Europe and the Middle East with a Brazilian ensemble together with Waldir Maia e Alcione in 1970. In 1972, Paulinho participated in the Festival International da Canção in the Maracanãzinho, performing the song Fio Maravilha, written about the soccer player of the same name, with Maria Alcina.

In 1972, da Costa moved to the US and played with Sergio Mendes from 1973 until 1976. He was introduced to Norman Granz by Dizzie Gillespie and was signed to Granz’ label, Pablo Records. Da Costa’s association with Granz and Pablo Records made it possible for him to receive permanent resident status in the US.

Da Costa toured with his band and performed at Montreaux Jazz Festival in 1977. In addition to working with numerous recording artists, Paulinho continues to be an important influence to scores of music aficionados, musicians and percussionists.