Foster was a keyboardist for the pop group Skylark, discovered by Eirik Wangberg. The band’s song, “Wildflower”, was a top ten hit in 1973. Together with Jay Graydon he formed the band Airplay, whose album of the same name is often labeled as important within the west coast AOR genre. In 1975, he played on George Harrison’s album Extra Texture. He followed that up by playing the Fender Rhodes and clavinet on Harrison’s album Thirty Three & 1/3 a year later.

Foster was a major contributor to the 1979 Earth, Wind and Fire album I Am, both as a studio player and arranger, as well as being a cowriter on six of the album’s tracks. The most noteworthy being the song “After the Love Has Gone” for which Foster, and his cowriters Jay Graydon and Bill Champlin, won the 1980 Grammy Award for Best R&B Song.

Foster worked as an album producer on albums for The Tubes: 1981’s The Completion Backward Principle, and 1983’s Outside Inside. Foster cowrote such songs as “Talk to Ya Later”, the Top 40 hit “Don’t Want to Wait Anymore,” and the number 10 US hit “She’s a Beauty”.

The 1980 Boz Scaggs album Middle Man saw Foster cowrite and play keyboard on some of Scaggs’s most successful songs, including “Breakdown Dead Ahead”, “Jojo”, and “Simone”, followed by “Look What You’ve Done to Me” from “Urban Cowboy”.

Foster is a major contributor to Chicago’s career in the early and middle 1980s, having worked as the band’s producer on Chicago 16 (1982), their biggest-selling multi-platinum album Chicago 17 (1984), and Chicago 18 (1986). As was typical of his producing projects from this time period, Foster was a cowriter on songs such as the US Chart No. 1 hit “Hard to Say I’m Sorry”, “Love Me Tomorrow” (US No. 22), “Stay the Night” (US No. 16), and “You’re the Inspiration” (US No. 3). These four songs were cowritten with the band’s lead vocalist Peter Cetera. Foster also helped Cetera cowrite (along with Cetera’s wife Diane Nini) his US No. 1 solo hit “Glory of Love” in 1986.

In 1985, Rolling Stone magazine named Foster the “master of … bombastic pop kitsch”. That year, Foster composed the score for the film St. Elmo’s Fire, including the instrumental “Love Theme from St. Elmo’s Fire”, which hit No. 15 on the US pop charts. Another song from the film, “St. Elmo’s Fire (Man in Motion)”, recorded by John Parr, hit No. 1 on the Billboard Hot 100 on September 7, 1985. In the following years, Foster continued turning out occasional film scores, including the Michael J. Fox comedy The Secret of My Success (1987), which featured a song cowritten by Foster titled “The Price of Love”, a track of which was performed by Roger Daltrey from the album Can’t Wait to See the Movie which Foster also produced, and the Jodie Foster-Mark Harmon film Stealing Home, both of which spawned soundtrack albums with prominent Foster-penned contributions. He collaborated with then-wife Linda Thompson on the song “I Have Nothing”, sung by Whitney Houston in the 1992 film The Bodyguard; the couple also appeared in the film’s Oscars scene as the Oscars conductor and an Academy member. They were nominated for a Grammy Award and an Academy Award for Best Song for the song.[citation needed]

Foster composed “Winter Games”, the theme song for 1988 Winter Olympics in Calgary, Alberta. “Winter Games” is also the soundtrack for fountain shows at the Bellagio resort in Las Vegas and Sea World Orlando in Florida, and for the awards ceremonies at the Intel International Science and Engineering Fair.

In 1995, Foster signed a deal with Warner Brothers that enabled him to set up his own boutique label, 143 Records, as a joint venture with Warner. Foster gave the responsibility for running the label to then manager Brian Avnet. One of the label’s first signings was a then-little known Irish folk-rock band, The Corrs, for whom he produced their debut album. By 1997, Foster had come to the realisation that, in the American market at least, “logo labels” like 143 were in a “bad spot” and, as a result, Foster sold the label back to Warner and became a senior vice-president at the corporation. 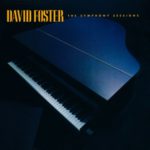 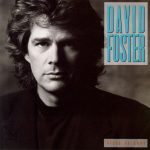