William Bradford “Bill” Champlin (born May 21, 1947, Oakland, California) is an American singer, guitarist, keyboard player, arranger, producer, and songwriter. His performance work is principally associated with the bands Chicago and the Sons of Champlin.He has won multiple Grammy Awards for songwriting.

As a child, Champlin demonstrated a talent for piano, and eventually picked up the guitar after being inspired by Elvis Presley. He started a band, The Opposite Six, while at Tamalpais High School, in Mill Valley, California and went on to study music in college, but was encouraged by a professor to drop out of school and pursue music professionally.

David Foster produced two solo albums for Champlin: Single (1978) and Runaway (1981). Both albums sold poorly due to poor promotion by his record company, although the latter album did include a pair of minor hits on the Billboard Hot 100 (“Sara” and “Tonight, Tonight”). In the 1990s, Champlin released five more solo albums: No Wasted Moments, Burn Down the Night, Through It All, He Started to Sing, and Mayday. The last was a live recording of songs from his career, and included musicians Greg Mathieson, Jerry Lopez, Eddie Garcia, Tom Saviano and Rochon Westmoreland.

In September 2008, Champlin released a new solo album No Place Left To Fall and a companion DVD in Japan on JVC/Victor. The record was produced by Champlin and Mark Eddinger, and featured musicians Bruce Gaitsch, George Hawkins, Jr., Billy Ward, Tamara Champlin, Will Champlin, and Eddinger, with guest appearances by Steve Lukather, Peter Cetera, Michael English, Jerry Lopez and enlisted such songwriting greats as Jay Graydon, Andreas Carlsson, Diane Warren, Michael Caruso and Dennis Matkosky. The record was released in Europe by Zinc Music in December 2008 and in the U.S. by DreamMakers Music in August 2009. 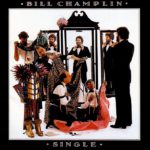 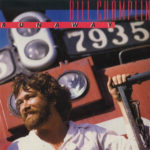 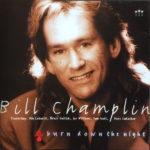 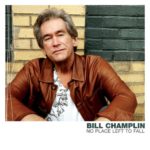