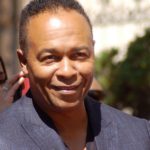 Ray Erskine Parker Jr. (born May 1, 1954) is an American musician-guitarist, singer-songwriter, producer and actor. Parker is known for writing and performing the theme song to the movie Ghostbusters, for his solo music, and for performing with his band, Raydio, and with Barry White.

Parker was born in Detroit to Venolia Parker and Ray Parker Sr. He has two siblings, his brother Opelton and his sister Barbara. Parker attended Angel Elementary School where music teacher, Afred T Kirby inspired him to be a musician at age 6 playing the clarinet. Parker attended Cass Tech High School in the 10th grade.

Ray Parker Jr is a 1972 graduate of Detroit’s Northwestern High School. He was raised in the Dexter-Grand Boulevard neighborhood on its West Side. Parker attended college at Lawrence Institute of Technology.