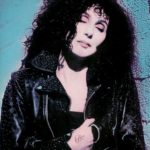 Cher is the 18th studio album by American singer-actress Cher, released on November 10, 1987 by Geffen Records

Five years after the release of Cher’s last album I Paralyze and her decision to focus on a film career, Cher signed with Geffen Records (which would later absorb one of her former labels, MCA Records) and was rushed to the studio to record what would become her comeback album. The self-titled album Cher was released in the fall of 1987. The record was produced by Michael Bolton, Jon Bon Jovi, Richie Sambora and Desmond Child. Among the notable guest artists, Bonnie Tyler and Darlene Love were backing vocalists on “Perfection”.

After a series of pop and disco records, Cher moved to a radio-friendly rock sound, which helped her get back onto the charts. The album includes a new version of her 1966 hit “Bang Bang (My Baby Shot Me Down),” Michael Bolton’s “I Found Someone,” which Bolton and Mark Mangold had originally written and composed for, and which had initially been recorded by, Laura Branigan, several songs written by Desmond Child, and two by Diane Warren, who would go on to write many more songs for the singer.

The album reached #26 in the UK, and peaked at #32 on the US Billboard album charts. The first single released from the album and its only UK top 10 hit was “I Found Someone,” which reached #5 in the UK and #10 in the US. The second single, “We All Sleep Alone,” peaked at #14 on Billboard‘s Hot 100 chart and just missed breaking the Adult Contemporary top 10 in the US, stalling at #11. It was less successful in the UK, however, peaking at #47. The album’s other singles were “Skin Deep,” “Bang-Bang,” and “Main Man,” the last two released only as promo singles in North America.

This was also her second album to be named “Cher,” as Gypsys, Tramps And Thieves was initially released under the name Cher before it was retitled following the success of the single of the same name. She also released a similarly-titled studio album in 1966 entitled Chér.

2 We All Sleep Alone

3 Bang Bang(My Baby Shoot Me Down)

5 Give Our Love A Fightin’ Chance

10 Hard Enough Getting Over You