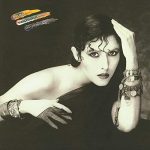 Mathematics is the twelfth studio album by singer-songwriter Melissa Manchester, issued in April 1985.

The album was Manchester’s first studio album since leaving Arista Records, her label for eight years, after her 1983 album Emergency. Signed to MCA Records, the album was a progression of that last album, in that it relied more on a synth-pop/new wave sound rather than on her earlier singer-songwriter-styled records.

The song “Just One Lifetime” was sung by Barbra Streisand to James Brolin during their wedding in 1998, and she recorded it for her 1999 album A Love Like Ours. Streisand liked the chorus of the song but not the verses, so it was asked that original songwriters Tom Snow and Manchester herself wrote new lyrics for the verses before recording it, which they duly did.

The album spawned three singles: the uptempo title track “Mathematics” was the first single and peaked at #74 in the Billboard Hot 100, becoming Manchester’s last entry to date on that chart. The next two singles, the Hi-NRG track “Energy” (the only one to have a music video) and the ballad “Just One Lifetime”, failed to chart. The album itself had limited success and continued Manchester’s chart decline, peaking at a low #144 in the USA. To date, it is her last album to chart in that country.

The album has never been released on CD, but in June 17, 2014 Geffen Records re-released a digital version of the album through itunes.

This would be Manchester’s only album with MCA Records. Her only other release with the label happened in early 1986, when Manchester recorded the song “The Music of Goodbye”, a duet with Al Jarreau, for the soundtrack of the film Out of Africa, which was also released as a single. She left the label not long after.

1 Victims Of A Modern Heart

8 Thunder In The Night