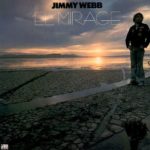 El Mirage is the sixth album by American singer-songwriter Jimmy Webb, released in May 1977 by Atlantic Records. This was the first album for which Webb handed production and arrangement duties on to another person, George Martin, producer of The Beatles. The album is notable for containing “The Highwayman”, a song that later provided both the name and first hit for The Highwaymen, a country supergroup comprising Johnny Cash, Waylon Jennings, Kris Kristofferson, and Willie Nelson. Jennings also recorded the track “If You See Me Getting Smaller” for his album Ol Waylon (1977).

2008 George Jones – Burn Your Playhouse Down