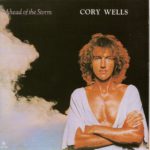 Cory Wells (born Emil Lewandowski on 5 February 1942, Buffalo, New York – October 20, 2015) is an American singer, best known as one of the three lead vocalists in the band Three Dog Night.
Hutton and Wells got together to form Three Dog Night in 1968. When they looked for a third singer, they found him in Chuck Negron, whom Hutton had met at a Hollywood party. Hutton, a former songwriter/performer for Hanna-Barbera Productions, Wells, and Chuck met The Beach Boys’ Brian Wilson. The three recorded demos under the name “Redwood” with Wilson as producer (this at the same time when his brother Dennis Wilson was producing songs for a rather unsettling singer/songwriter named Charles Manson). The sessions produced a potential single, “Time to Get Alone” but was stopped by Beach Boy member Mike Love who wanted to save the song for the next Beach Boys album. Having perfected their three-part harmony sound within Redwood, Wells, Hutton and Negron, with the addition of a four-piece backing group made up of friends and others they had worked with, began performing as Three Dog Night in 1968. That group became one of the most successful bands of the late 1960s and early 1970s.Unlike many other rock musicians of the day, Wells was able to abstain from serious drug and alcohol problems, nor did he squander his earnings on the lavish life style of a successful rock star, choosing to live a somewhat more moderate existence. After Three Dog Night broke up in 1976, Wells tried a solo career, recording the album Touch Me for A&M Records in 1978. Wells helped re-launch Three Dog Night in the mid-1980s, recording an EP called “It’s a Jungle.” A falling out with Negron left Hutton and Wells with the name “Three Dog Night” as an entity, under which they continue to perform successfully today, and the pair (along with original members Mike Allsup and Jimmy Greenspoon) tour regularly each year.

3 Hold On And Do It Right

5 One Jump Ahead Of The Storm

10 I Just Can’t Turn My Habit Into Love