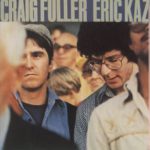 Craig Fuller (born July 18, 1949) in is an American musician and songwriter. Co-founder of Pure Prairie League, along with John David Call and George Ed Powell. Fuller departed in 1973 after their second album, Bustin’ Out, due to draft board problems. He returned to the music business in 1976 for two LPs with American Flyer. After American Flyer dissolved, Fuller returned to record one LP with former Flyer member Eric Kaz.

In 1987 Fuller was hired by Little Feat to front the band, who had long ago noticed an uncanny resemblance in his voice to their late frontman and founder, Lowell George. Fuller’s first LP with the band was Let It Roll, although he left the band in 1993. He made a guest appearance on their 1996 live album Live From Neon Park. He is one of several guest artists on Little Feat’s 2008 album Join the Band duetting with percussionist Sam Clayton on the Lowell George classic “Spanish Moon”.

Fuller reformed Pure Prairie League in 1998. Craig Fuller opened for and sat in with Little Feat on New Year’s Eve 2011 at the Fillmore in Silver Spring, MD when the band performed their classic album Waiting For Columbus.

Eric Kaz is a singer-songwriter. Kaz had many accolades and awards from ASCAP and CMA, top-ten hits in pop and R&B, number one country hits by George Strait and many others, as well as adult contemporary hits, including the number one hit song ‘That’s What Love is All About’ by Michael Bolton.

4 You Take A Heart

5 Let The Fire Burn All Night

6 ‘Til You Come Back

7 The Ways Of A Woman