Michael (Mike) Landau (born June 1, 1958) is an American musician, engineer, and record producer. He is a prolific session musician and guitarist who has played on a large number of albums since the early 1980s with artists as varied as Minoru Niihara, Joni Mitchell, Seal, Michael Jackson, James Taylor, Helen Watson, Richard Marx, Steve Perry, Pink Floyd, Roger Daltrey, Glenn Frey, and Miles Davis. Landau, along with fellow session guitarists Dean Parks, Steve Lukather and Dann Huff, played on many of the major label releases recorded in Los Angeles from the 1980s–1990s. He has released music with several record labels including Ulftone Music and Tone Center Records, a member of the California-based Shrapnel Label Group.

In addition to his session work, Mike Landau has also fronted several bands including Raging Honkies and Burning Water. In the early 1980s, he was also in the band Maxus that featured future Los Angeles session musicians Robbie Buchanan, Jay Gruska, and Doane Perry. 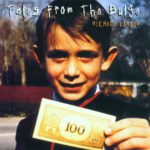 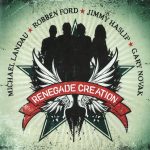 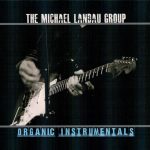 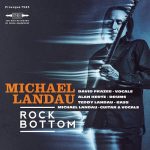 Mike Landau was born and raised in Los Angeles, his grandfather arranged and played woodwinds during the swing era with the Dorsey Brothers and Benny Goodman. In his early teens Landau became very interested in jazz and electric jazz. At age 11, Landau started playing the guitar, and by the age of 16 he began playing the L.A club scene with an R&B band and shortly after this he began touring the west coast with Robben Ford, which included the band members Jimmy Haslip and Russell Ferrante.

At age 19, he joined Boz Scaggs for a world tour and by the age of 20, he started to do session work on the recommendation of long time friend, Steve Lukather.